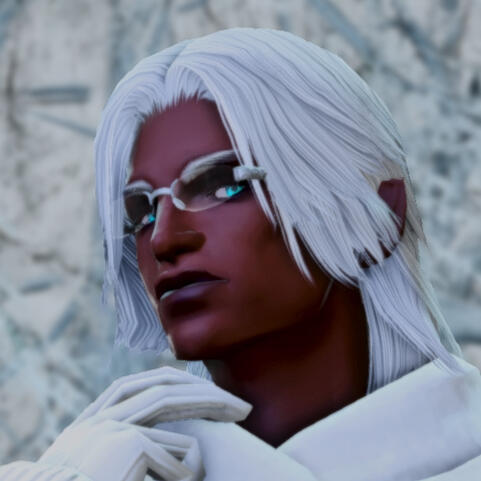 Bolt from the Blue

Nimbus is not one to tolerate nonsense. He's cool, calculating, and his dedication to skywatching precedes all else.

He wears his fascination with the atmosphere on his sleeve; no matter how on-the-nose, he's steadfast in embracing his first love.

*He is a few shades darker than he appears ingame. 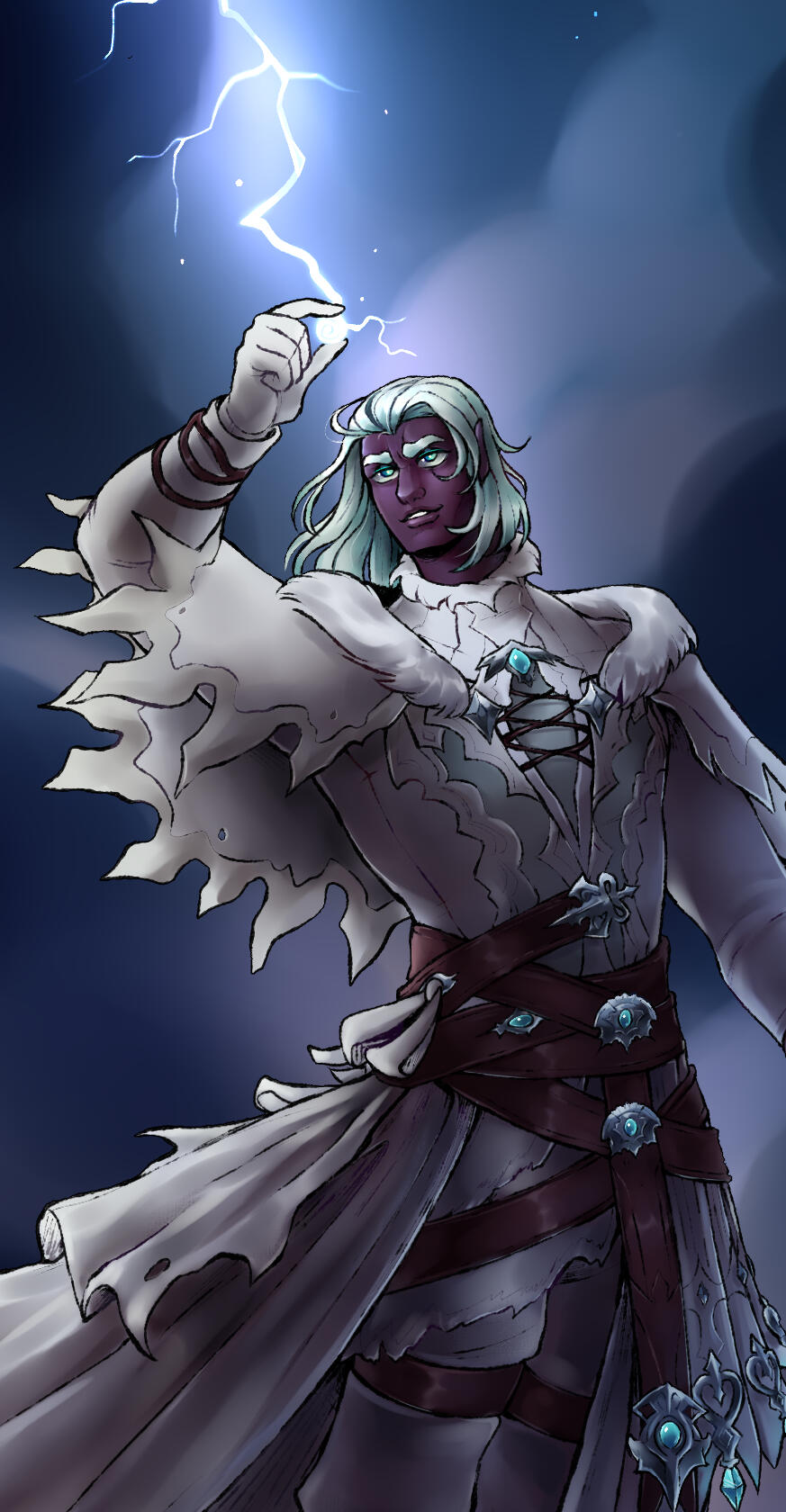 Nimbus appears more hyuran in the face than elezen; he has rounded, filled out cheeks and full lips, but the greatest indicators of his mixed heritage lie with his slightly pointed ears and height

He wears dark eye makeup on his upper eyelids.

Nimbus's fashion sense is very proper and put together. Suits and decorated robes are preferred.

No matter what he dresses in, it's always all white.

Most obvious of all is Nimbus' passion for skywatching. It seems to consume most of his attention and time.

He also enjoys reading and journaling in his small amounts of downtime.

His fears are well-guarded.

Nimbus will speak openly of his past... so long as one doesn't mind him cherrypicking the parts that are easiest to talk about.

The aetheric signature surrounding Nimbus is more potent than one may expect, and it's very distinctly aspected towards lightning. It roils constantly, like an arc of lightning is ready to claw its way out of him at any moment.

The odd aether would be noticeable by most magically attuned individuals from a fair distance, but aetheric sensitivity isn't required to physically experience the charged aura surrounding him. Anyone in his immediate vicinity may be subject to static electricity, the hairs on their body standing on end, the air tasting metallic, etc.

He has the height and pointed ears of an elezen, but the facial structure and build of a hyur.

He's not ignoring you, he's hard of hearing!

I'm quite a forgetful person, so I always keep a page of notes so that my characters remain consistent, even when I take long breaks away from the game.

Not sure how you ended up here if I didn't link you, but there's lots of spoilers and meta knowledge here, so turn away now if you're not interested.